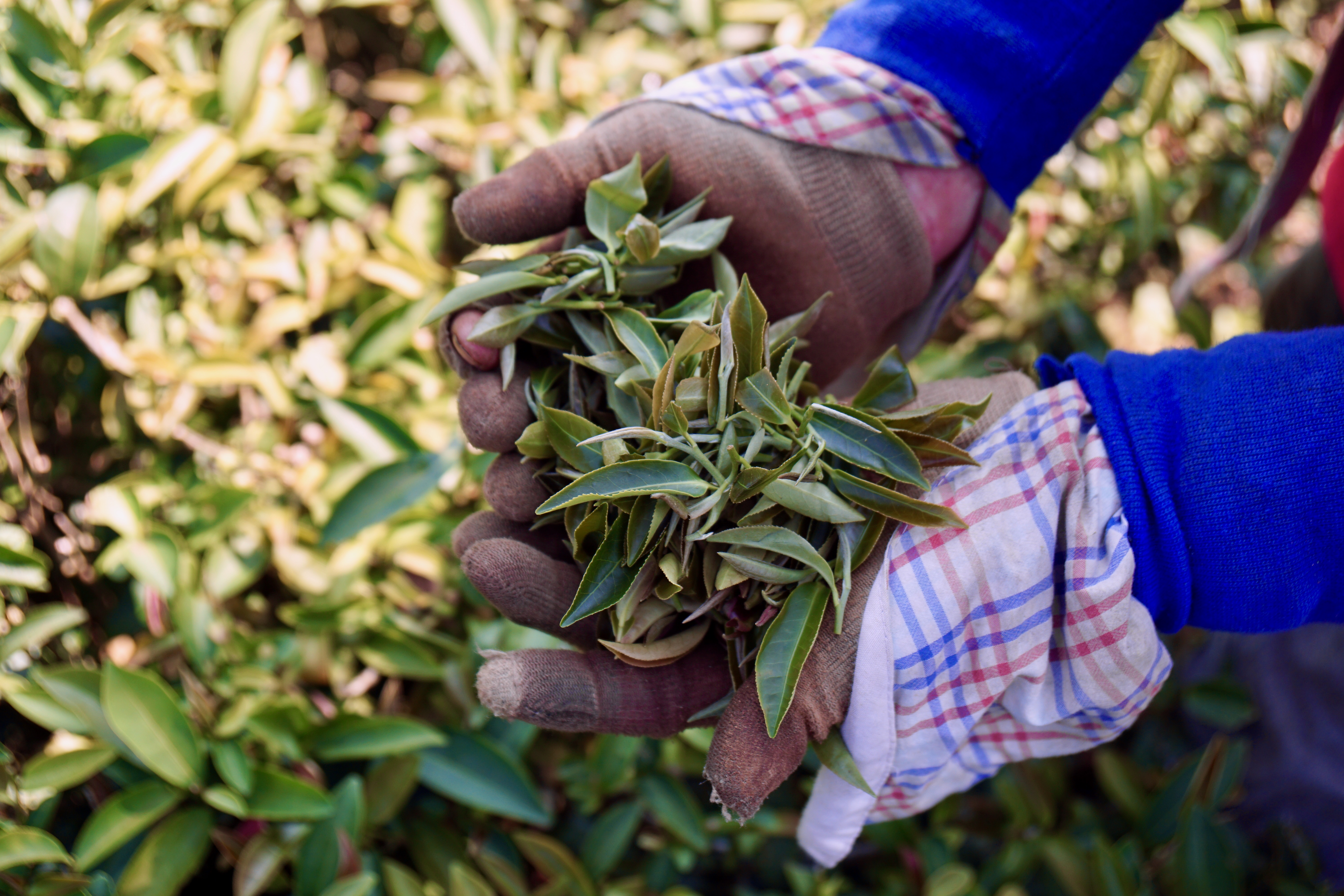 -Who is the Oriental Beauty?

Oriental Beauty is the tea which has been bitten by the Green Leaf Hopper,

The Green Leaf Hopper is also called peh-bak-ah or fu-chen-tzu.

Apart from the name Oriental Beauty (Emei Township), there are also other names for it, such as phong-hong-te (Beipu Township), five-color tea, Champagne Oolong and fan-chuang oolong.

The name of Oriental Beauty is said to be coming from a story when the Queen of Britain was steeping this tea, the leaves inside the teapot was like dancing beautifully, giving its name Oriental Beauty. -The Finest Tea from the Hakka People.

The plucking condition for Oriental Beauty cannot be put up with by all the people and its tea regions are in the Hakka areas in Taoyuan, Hsinchu and Miaoli. During the production period, it is necessary to be able to endure the adversity of severe-heat, humidity, and the attack from small black mosquito and bees. There was once a friend volunteering to do tea plucking, and you only see the farmer replied: “There is no need to pluck the tea just yet. Let me give you a chair and please take a seat. If you can sit there for the whole day without leaving, I will give you NT$2,000 (US$67).”

Itchy, hot, wet and sticky are all the physiological reactions when producing Oriental Beauty. The origin of the muscatel aroma comes from the appearance of jasmonic acid (JA), which is a Mayday signal from the plant defense, resulting in both internal and external effects.

Internal: when the caterpillar eats the JA, its digestive system will be affected and hinders in its growth.

External: attracting the caterpillar’s predator, such as Evarcha albaria, alarming its neighboring tea trees on an invasion of their enemy and preparing for it.

In addition, the tea leaves of Oriental Beauty tend to be smaller because this plant has put much of its power to fight against its predators,

leaving little energy on growing. As a result, the yields on the tea only come to 20%. -How come only the bite from Green Leaf Hopper can result in producing muscatel aroma?

There are two reasons behind this pheromone: its peak being special shape (mechanical force) and the secretions from its mouth (antigen reaction from the plant itself). This also explains why there will be no muscatel aroma if it is bitten by other insects or poked by needles.

How to steep Oriental Beauty? There are two approaches: hot-brew and cold-brew.

Hot-brew: using glass or porcelain is recommended. The key is the water temperature; leave the boiling water in room temperature for about 1 minute, and the brewing time is about 30 to 60 seconds while the amount of the tea used is around 1/3 of your tea pot.

Cold-brew: apply the ratio of 100ml cold water to 1g tea leaves, and leave it in the refrigerator for about 4 hours before enjoying it.

The cold-brew Oriental Beauty is really fascinating, carrying a hint of the aroma of green fruits, rose and lime rose, being the best cool-off beverage in the summer time.

If you are sharing this special aroma with your friends, we suggest using the word “Muscatel” instead of “Honey”, which can better represent its true aroma. Try to have some muscatel (grapes) and you would understand the reason behind.